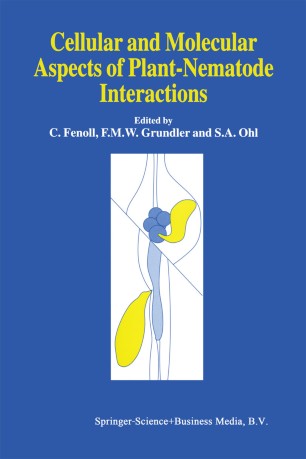 In 1992 a Concerted Action Programme (CAP) was initiated by Peter Sijmons with the purpose of intensifying collaborations between 16 European laboratories working on plant-parasitic nematodes. The four-year programme entitled `Resistance mechanisms against plant-parasitic nematodes' focused on molecular aspects of the interaction between sedentary nematodes and plants on the model system Arabidopsis and on novel resistance strategies. Funding was provided mainly for exchange visits between collaborating laboratories and for the organization of annual meetings. During the last annual meeting which was held in May 1996 in Toledo, Spain, Carmen Fenoll initiated the production of this volume. The book presents a series of up-to-date reviews, each written by one of the participating laboratories, which include the scientific progress achieved in the frame of this CAP but are by no means limited in scope to this work.

`...the book fulfills its mission and will make a valuable addition to the library of anyone interested in the fascinating world of plant parasitic nematodes.'
European Journal of Plant Pathology,104:951 (1998)