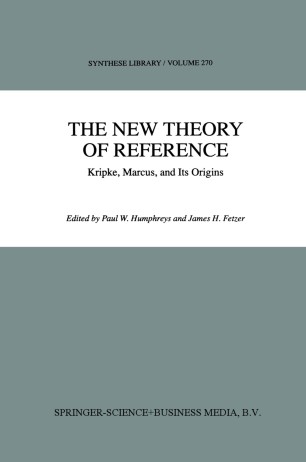 The New Theory of Reference

Kripke, Marcus, and Its Origins

On January 20th, 22nd, and 29th, 1970 Saul Kripke delivered three lectures at Princeton University. They produced something of a sensation. In the lectures he argued, amongst other things, that many names in ordinary language referred to objects directly rather than by means of associated descriptions; that causal chains from language user to language user were an important mechanism for preserving reference; that there were necessary a posteriori and contingent a priori truths; that identity relations between rigid designators were necessary; and argued, more tentatively, that materialist identity theories in the philosophy of mind were suspect. Interspersed with this was a consider­ able amount of material on natural kind terms and essentialism. As a result of these lectures and a related 1971 paper, 'Identity and Necessity' (Kripke [1971]), talk of rigid designators, Hesperus and Phosphorus, meter bars, gold and H 0, and suchlike quickly became commonplace in philosophical circles 2 and when the lectures were published under the title Naming and Necessity in the collection The Semantics of Natural Language (Davidson and Harman l [1972]), that volume became the biggest seller in the Reidel (later Kluwer) list. The cluster of theses surrounding the idea that a relation of direct reference 2 exists between names and their referents is now frequently referred to as 'The 3 New Theory of Reference'.