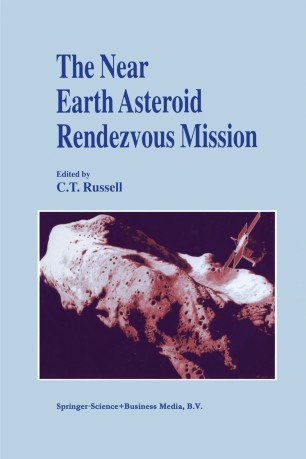 The Near Earth Asteroid Rendezvous Mission

Even before the present Administrator of NASA, Daniel Goldin, made the phrase 'better, faster, cheaper' the slogan of at least the Office of Space Science, that same office under the Associate Administrator of Lennard Fisk and its Division of Solar System Exploration under the direction of Wes Huntress had begun a series of planetary spacecraft whose developmental cost, phase CID in the parlance of the trade, was to be held to under $150M. In order to get the program underway rapidly they chose two missions without the open solicitation now the hallmark of the program. One of these two missions, JPL' s Mars Pathfinder, was to be a technology demonstration mission with little immediate science return that would enable later high priority science missions to Mars. Many of the science investigations that were included had significant foreign contributions to keep NASA's cost of the mission within the Discovery budget. The second of these missions and the first to be launched was the Near Earth Asteroid Rendezvous mission, or NEAR, awarded to Johns Hopkins University's Applied Physics Laboratory. This mission was quite different than Mars Pathfinder, being taken from the list of high priority objectives of the science community and emphasizing the science return and not the technology development of the mission. This mission was also to prove to be well under the $150M phase CID cap.