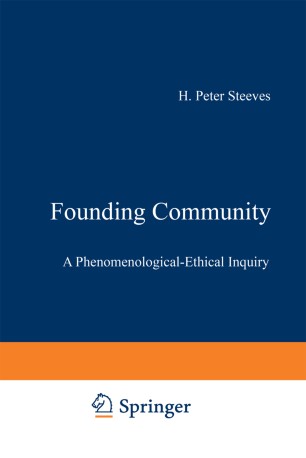 Phenomenology, in its traditional encounters with ethics, has commonly aimed at a more descriptive rather than prescriptive goal. The direction of this project, however, is both phenomenological and prescriptive as I attempt to provide a phenomenological foundation for communitarian ethical theory. I argue, following Husserl, that the Ego and the Other arise together in sense and thus we are committed to community in a foundational way. I am always and fundamentally constituted as a member of a community - as a Self among Others - and, given this, there are certain ethical implications. Namely, there is a communal Good of which my good is but a perspective; indeed, it is a perspective on a Good which encompasses the whole of the living world and not just humanity. Consequently, we are foundationally imbedded in a deep community and a deep communitarian ethic.