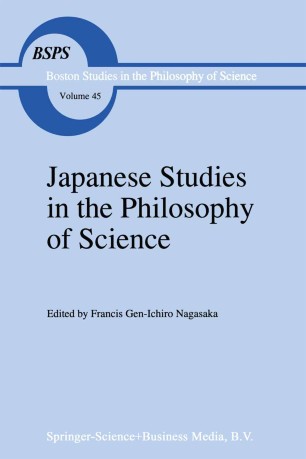 Japanese Studies in the Philosophy of Science

Part of the Boston Studies in the Philosophy of Science book series (BSPS, volume 45)

The splendid achievements of Japanese mathematics and natural sciences during the second half of our 20th century have been a revival, a Renaissance, of the practical sciences developed along with the turn toward Western thinking in the late 19th century. The equally admirable results of Japanese philosophers (and historians) of science in our time followed upon a period less congenial to Western interests in the philosophical questions linked to modern science; and this reluctance to confront the epistemology, not even the humane significance, of the sciences went along with devotion to other Western trends. Thus, with the 'new' Japan of the Meiji restoration of 1868, and the early introduction of Western philosophy in the subsequent decade by Nishi Amane, a period of intellectual attraction to utilitarian, positivist, evolutionary, even materialist outlooks was soon replaced by devotion to scholarly work on Kant and Hegel, on ethical and general philosophical idealism. These studies often could emulate the critical spirit (the philosopher Onishe Hajime, praised for his own critical independence, was known as the Japanese Kant) but the neo­ Kantian and neo-Hegelian developments were not much affected by either empirical sciences or theoretical speculations about Nature. The pre-eminent philosopher of Japan ofthe first half of our century was Nishida Kitaro, with a pioneering treatise A Study of the Good, who, with his leading student Tanabe Hajime, formed the 'Kyoto School' of pre-war philosophy.