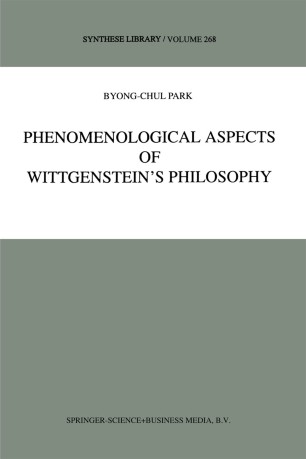 In his writings around 1930, Wittgenstein relates his philosophy in different ways to the idea of phenomenology. He indicates that his main philosophical project had earlier been the construction of a purely phenomenological language, and even after having given up this project he believed that "the world we live in is the world of sense-data,,,l that is, of phenomenological objects. However, a problem is posed by the fact that he does not appear ever to have given a full, explicit account of what he means by his 'phenomenology', 'phenomenological language', or 'phenomenological problems'. In this book, I have tried to unravel the nature of Wittgenstein's phenomenology and to examine its importance for his entire work in philosophy. Phenomenology can be characterized as philosophy whose primary concern is what is immediately given in one's experience. This 'immediately given' is not merely impressions inside one's mind, but includes also the part of objective reality that impinges upon one's consciousness. Thus, an aim of phenomenological enterprise is to grasp this objective reality by attending to immediate experience. Husserl's phenomenology is in fact a case in point.