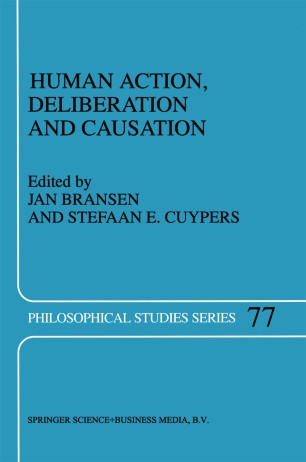 There is an interesting and far-reaching disagreement between Smith and Frederick Stoutland. In his 'The Real Reasons' Stoutland argues that one of the mistakes that turned the belief-desire model of action into the 'received view' is the underlying commitment to the idea that there is an underlying unity to all action explanations. According to Stoutland the unity is no deeper than the superficial fact that actions are responses of agents to the world, and the challenge for the philosophy of action is to make sense of that fact without falling victim to the un­ fruitful assumption that reasons should be understood as the normative content of determinate representational inner states of agents. Stoutland suggests an alternative according to which reasonable agents possess the know how to respond appropriately to the normative import of the external situations they find themselves in. These situations are, Stout­ land claims, the real reasons. Stoutland raises an important issue. If beliefs and desires should be understood as reasons, as introducing normative constraints that de­ serve respect, it seems we are bound to distinguish between on the one hand the content of our beliefs and desires and on the other hand their objects. Moreover, it seems we have good reasons to believe that the content of our beliefs and desires derives its normative import qua normative import from the objects of our beliefs and desires.