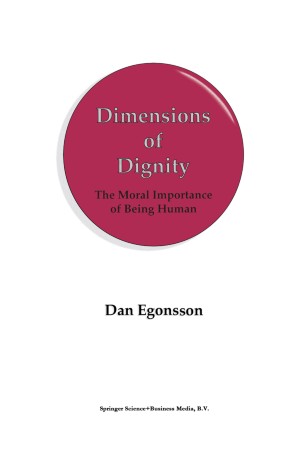 The Moral Importance of Being Human

Is membership of our species important in itself, or is it just important to have the properties that a normal grown-up human being has? A value subjectivist may argue for a special human value proceeding from the assumption that most of us believe or sense that being human is something important per se and independently of, for instance, those properties that form the basis of personhood. This allows all human beings to have a share in this value. Other attempts to defend a principle of human dignity fail in this respect and are criticized in this book. The book is intended for philosophers with a general interest in moral philosophy or ethics, and more specifically axiological, animal and medical ethics.