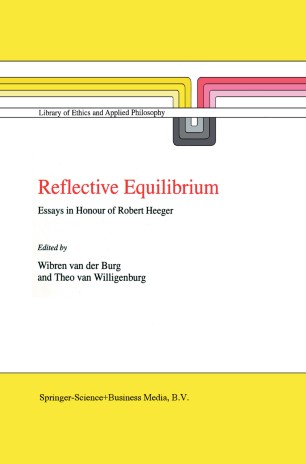 Essays in Honour of Robert Heeger

Part of the Library of Ethics and Applied Philosophy book series (LOET, volume 2)

Robert Heeger has been professor of ethics at Utrecht University since 1977, both at the Faculty of Theology and at the Faculty of Philosophy. Since 1985, he has also been teaching at the Faculty of Veterinary Medicine. Before he came to Utrecht, he had worked at Uppsala University for many years. He has always stayed in close contact with his Swedish colleagues, and twice he was a visiting professor at Uppsala University. With his eastern-German background, his roots partly in Russia, his thesis on the Italian philosopher Gramsci and his interest in Anglo-American analytical philosophy he has a broad international orientation. It is no wonder, therefore, that he always felt much at home in the Societas Ethica, the European Society for Research in Ethics, which he served as its president from 1991 to 1995. Robert Heeger is primarily a teacher and excels as a discussion partner. With his sharp analytical mind and his great intellectual curiosity he not only exposes critically the weak. points in an argument, but often also brings up creative suggestions to improve it. Thus he has greatly influenced his many students (he co-supervised fourteen doctoral theses) and his colleagues, both in the Netherlands and abroad. Moreover, he was one of the first moral philosophers in the Netherlands, and even in Europe, to be involved in environmental ethics and in animal and veterinary ethics.