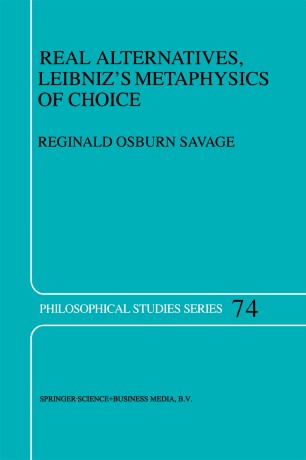 In the `Preliminary Dissertation' of his Theodicy, Leibniz declares himself an apologist for the compatibilist doctrines of original sin, election and reprobation propounded by the theologians of the Augsburg Confession. According to those theologians, man's actions are determined but man retains the power to act otherwise and therefore is responsible for his actions. Savage argues that Leibniz, in formulating his apology, availed himself of both his doctrine of possible worlds and his finite-infinite analysis distinction (the latter being applied within the former). Savage challenges the dogma that Leibniz's metaphysical principles entail that individuals are powerless to act otherwise and that God cannot conceive of them acting otherwise. He argues that interpreters deduce the dogma from those principles with the aid of dubious extra-textual premises, for example, that a Leibnizian individual has only one complete concept or cannot be persons other than the person it actually is.