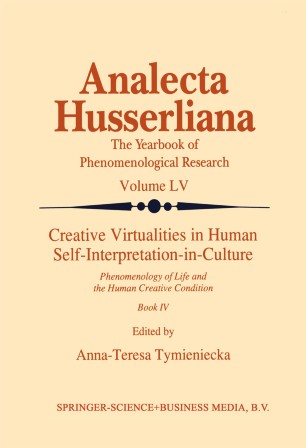 Phenomenology of Life and the Human Creative Condition (Book IV)

It would seem that modern humanity has unthroned the human spirit, undercutting the very foundation of the validity of truth, moral values and principles. There appears to be no attempt to discern what is beautiful and true: it is functional and pragmatic usefulness that seem to dominate human evaluations and transactions with other humans and, indeed, animals. Humanity is becoming detached from the `higher' aesthetic, moral and intellectual works of the human spirit and thus the life of the spirit is often situated on the other side of a gulf, opposed to science with its rationality. Culture is in danger of becoming reduced to science. In other words, the great metaphysical questions - those of telos, of sense - often are answered in terms of scientific conceptions. But these are at least incomplete, if not fragmentary, and in principle hypothetical, which still leaves the questions unanswered.
But it is culture that is the manifestation of the human spirit, being the historical process of human self-interpretation-in-existence. All manifestations of the creative forge of the human being find a role in the fabric of culture, which involves progressively widening circles of the human community, demanding an integration and attunement with others in their changing conditions of life. This consideration of culture involves all areas of philosophical reflection: moral, aesthetic, metaphysical, epistemological, semiological, cognitive, and more.