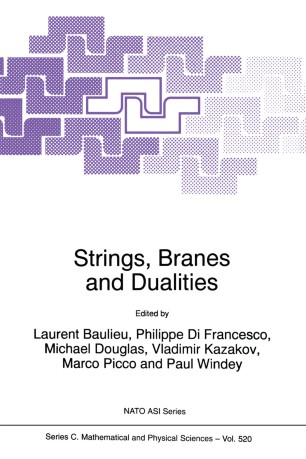 As recent developments have shown, supersymmetric quantum field theory and string theory are intimately related, with advances in one area often shedding light on the other. The organising ideas of most of these advances are the notion of duality and the physics of higher dimensional objects or p-branes.
The topics covered in the present volume include duality in field theory, in particular in supersymmetric field theory and supergravity, and in string theory. The Seiberg-Witten theory and its recent developments are also covered in detail. A large fraction of the volume is devoted to the current state of the art in M-theory, in particular its underlying superalgebra as well as its connection with superstring and N = 2 strings. The physics of D-branes and its essential role in the beautiful computation of the black hole entropy is also carefully covered. Finally, the last two sets of lectures are devoted to the exciting matrix approach to non-perturbative string theory.