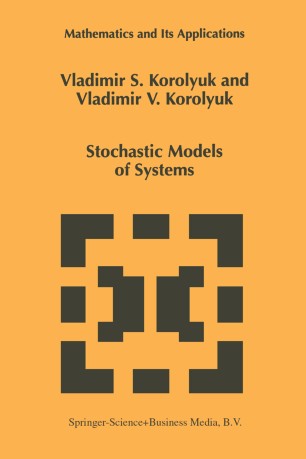 Part of the Mathematics and Its Applications book series (MAIA, volume 469)

In this monograph stochastic models of systems analysis are discussed. It covers many aspects and different stages from the construction of mathematical models of real systems, through mathematical analysis of models based on simplification methods, to the interpretation of real stochastic systems.
The stochastic models described here share the property that their evolutionary aspects develop under the influence of random factors. It has been assumed that the evolution takes place in a random medium, i.e. unilateral interaction between the system and the medium. As only Markovian models of random medium are considered in this book, the stochastic models described here are determined by two processes, a switching process describing the evolution of the systems and a switching process describing the changes of the random medium.
Audience: This book will be of interest to postgraduate students and researchers whose work involves probability theory, stochastic processes, mathematical systems theory, ordinary differential equations, operator theory, or mathematical modelling and industrial mathematics.