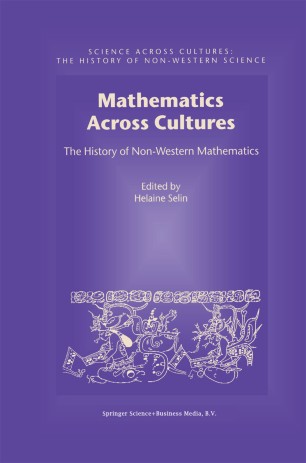 The History of Non-Western Mathematics

Part of the Science Across Cultures: The History of Non-Western Science book series (SACH, volume 2)

Mathematics Across Cultures: A History of Non-Western Mathematics consists of essays dealing with the mathematical knowledge and beliefs of cultures outside the United States and Europe. In addition to articles surveying Islamic, Chinese, Native American, Aboriginal Australian, Inca, Egyptian, and African mathematics, among others, the book includes essays on Rationality, Logic and Mathematics, and the transfer of knowledge from East to West. The essays address the connections between science and culture and relate the mathematical practices to the cultures which produced them. Each essay is well illustrated and contains an extensive bibliography. Because the geographic range is global, the book fills a gap in both the history of science and in cultural studies. It should find a place on the bookshelves of advanced undergraduate students, graduate students, and scholars, as well as in libraries serving those groups.

`...the book is a worthwhile addition to the bookshelf of teachers of mathematics at any level. It provides a useful antidote to the notion that all mathematical ideas were developed in Western Europe and provides the teacher with a numerous example by which to convince students that, indeed, every culture has mathematics.'
Mathematical Reviews, 2002a