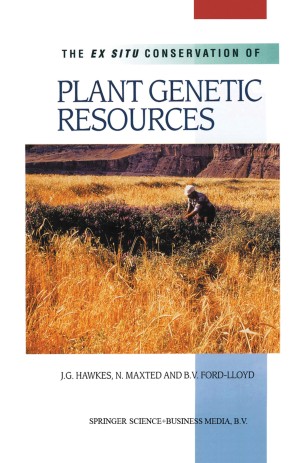 It is a distressing truism that the human race during the last millennium has caused the exponential loss of plant genetic diversity throughout the world. This has had direct and negative economic, political and social consequences for the human race, which at the same time has failed to exploit fully the positive benefits that might result from conserving and exploiting the world's plant genetic resources. However, a strong movement to halt this loss of plant diversity and enhance its utilisation for the benefit of all humanity has been underway since the 1960's (Frankel and Bennett, 1970; Frankel and Hawkes, 1975). This initiative was taken up by the Convention on Biological Diversity (CBD, 1992) that not only expounds the need to conserve biological diversity but links conservation to exploitation and development for the benefit of all. Article 8 of the Convention clearly states the need to develop more effective and efficient guidelines to conserve biological diversity, while Article 9, along with the FAO International Undertaking on Plant Genetic Resources, promotes the adoption of a complementary approach to conservation that incorporates both ex situ and in situ techniques.