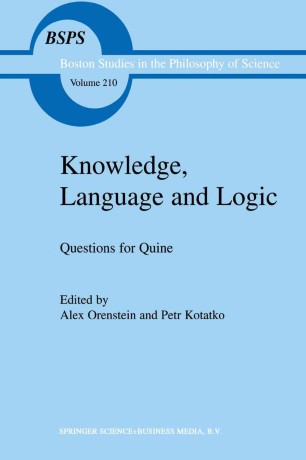 Part of the Boston Studies in the Philosophy of Science book series (BSPS, volume 210)

Quine is one of the twentieth century's most important and influential philosophers. The essays in this collection are by some of the leading figures in their fields and they touch on the most recent turnings in Quine's work. The book also features an essay by Quine himself, and his replies to each of the papers. Questions are raised concerning Quine's views on knowledge: observation, holism, truth, naturalized epistemology; about language: meaning, the indeterminacy of translation, conjecture; and about the philosophy of logic: ontology, singular terms, vagueness, identity, and intensional contexts. Given Quine's preeminent position, this book must be of interest to students of philosophy in general, Quine aficionados, and most particularly to those working in the areas of epistemology, ontology, philosophies of language, of logic, and of science.