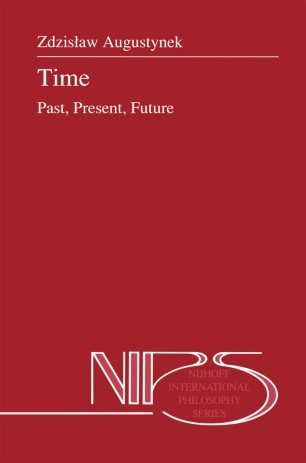 This book is dedicated to the memory of Professor Henryk Mehlberg, primarily because I want to recall his name to readers in the West; for, although Professor Mehlberg was the foremost Polish philosopher in the field of philosophy of time-in that version which is related to twentieth­ century physics-his fundamental work concerning time was published in English 43 years after its original publication (cf. Mehlberg, 1980). I am deeply indebted to Henryk Mehlberg. For two years after the Second World War, I was his student at Wroclaw University (where he lectured on philosophy and mathematical logic). At that time, I developed, under his influence, a long-life fascination with the philosophy of time, and was taught by him how to approach these problems effectively. My research in this field has resulted in three books. The first, Prop­ erties of Time, published (in Polish) in 1970, concerns the topological properties and properties of symmetry (homogeneity and anisotropy) of time. The second, The Nature of Time, published (in Polish) in 1975, looks at possible definitions of time within both theories of relativity. The present book is the third, originally published (in Polish) in 1979; it concerns philosophical problems of past, present, and future and is here presented in English to reach a wider audience.