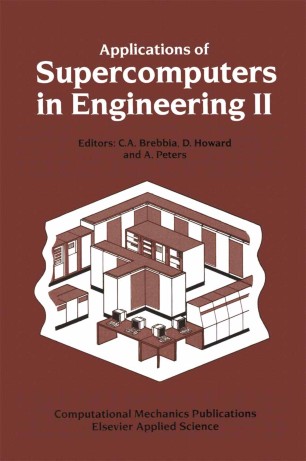 Applications of Supercomputers in Engineering II

This book comprises an edited version of the Proceedings of the 2nd Interna­ tional Conference on Applications of Supercomputers in Engineering which took place at the Massachusetts Institute of Technology, Cambridge, USA during August 1991. The Conference was organized by the Wessex Insti­ tute of Technology, Southampton, UK with the support of the International Society for Boundary Elements. The first International Conference on Ap­ plications of Supercomputers in Engineering held in Southampton, UK in September 1989 was a very successful meeting and the resulting Conference Proceedings are now widely distributed throughout the world. The revolutionary aspects of the next generation of computers are now fully recognised by many engineers and scientists. Vector and parallel computers form the basis of the computing power needed to address the complex prob­ lems with which engineers are faced. The new machines not only increase the size of the problems which can be solved, but also require a different computational approach to obtain the most efficient results.