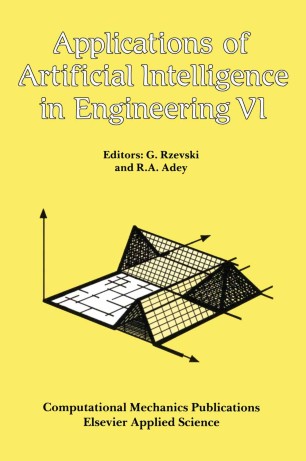 This book contains papers presented at the sixth International Conference on Application of Artificial Intelligence in Engineering held in Oxford, UK in was held in Southampton, UK July 1991. The first conference in this series the second in Cambridge, Massachusetts, USA in 1987, the third in 1986, 1989 in Palo Alto, California, USA in 1988, the fourth in Cambridge, UK in and the fifth in Boston, Massachusetts, USA in 1990. The conference series has now established itself as the unique forum for the presentation of the latest research, development and application of artificial intelligence (AI) in all fields of engineering. Consequently, books of conference proceedings provide a historical record of the application of AI in engineering design, analysis, simulation, planning, scheduling, monitoring, control, diagnosis, reliability and quality, as well as in robotics and manufacturing systems, from the early beginnings to mature applications of today. Whilst previously the field was dominated by knowledge-based systems, in this latest volume, for the first time, a significant proportion of papers cover the paradigms of neural networks and genetic algorithms. Learning and self­ organising behaviour of systems based on these paradigms are particularly important in engineering applications. From a large number of submitted proposals over sixty papers have been selected by members of the Advisory Committee who acted as referees. Pa­ pers have been grouped under the following headings.