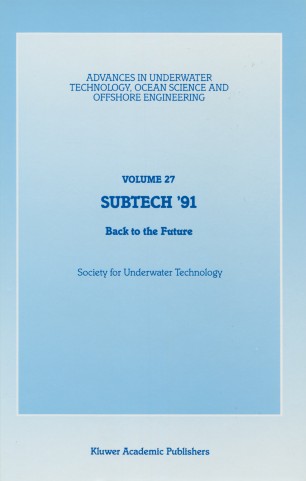 Back to the Future

The concept of using flexible, reelable pipe to transport liquids, gases, and vapours is not a new one. As early as the 1940s a steel braided elastomeric pipeline was developed for the Allied Forces in order to transport fuels to support the Normandy Beacheads. In fact, the longest flexible pipeline ever constructed is likely to be that laid across the English Channel as part of 'Operation Pluto'. The methodology used to handle and instal such pipe is also not new. Ellis (1943, London) in an early patent specification identifies three basic objectives for a flexible pipelining method. These are: prefabrication of the pipe onshore; coiling of the pipe on suitable drums or reels; and using such reels to lay pipe from anchored or motorised barges. The design concept for flexible pipe is also not a new invention given that flexible hoses and umbilicals have been in service for more than sixty years. A break-through was however achieved by the French Institute of Petroleum in the early 1970s when they developed an improved steel reinforced pipe structure having a high axial loading capaci ty which utilised corrosion and hydrocarbon resistant polymers to extend pipe service lifetime. This early pipe design utilised established cable making techniques to apply steel armour and axially and radially reinforce alternating layers of polymer sheaths. The pipe was primarily developed as a flowline for use in static seabed applications.