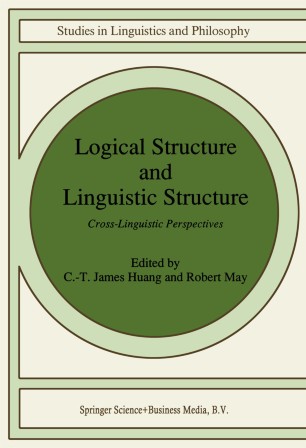 Part of the Studies in Linguistics and Philosophy book series (SLAP, volume 40)

In comparative syntax a general approach has been pursued over the past decade predicated on the notion that Universal Grammar allows of open parameters, and that part of the job of linguistic theory is to specify what values these parameters may have, and how they may be set, given primary linguistic data, to determine the grammars of particu­ lar languages. The papers presented in this volume are also concerned with language variation understood in this way. Their goals, however, do not strictly fall under the rubric of comparative syntax, but form part of what is more properly thought of as a comparative semantics. Semantics, in its broadest sense, is concerned with how linguistic structures are associated with their truth-conditions. A comparative semantics, therefore, is concerned with whether this association can vary from language to language, and if so, what is the cause of this variation. Taking comparative semantics in this way places certain inherent limitations on the search for the sources of variability. This is because the semantic notion of truth is universal, and does not vary from language to language: Sentences either do or do not accurately characterize what they purport to describe. ! The source of semantic variability, therefore, must be somehow located in the way a language is structured.