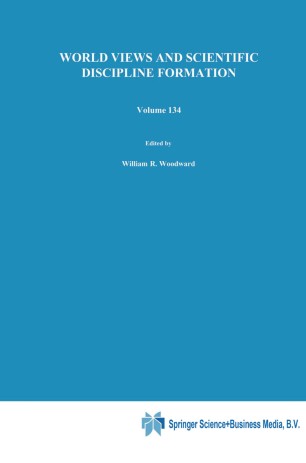 Science Studies in the German Democratic Republic Papers from a German-American Summer Institute, 1988

Part of the Boston Studies in the Philosophy of Science book series (BSPS, volume 134)

The various efforts to develop a Marxist philosophy of science in the one­ time 'socialist' countries were casualties of the Cold War. Even those who were in no way Marxists, and those who were undogmatic in their Marxisms, now confront a new world. All the more harsh is it for those who worked within the framework imposed upon professional philosophy by the official ideology. Here in this book, we are concerned with some 31 colleagues from the late German Democratic Republic, representative in their scholarship of the achievements of a curiously creative while dismayingly repressive period. The literature published in the GDR was blossoming, certainly in the final decade, but it developed within a totalitarian regime where personal careers either advanced or faltered through the private protection or denunciation of mentors. We will never know how many good minds did not enter the field of philosophy in the first place due to their prudent judgments that there was a virtual requirement that the candidate join the Socialist Unity (i.e. Communist) Party. Among those who started careers and were sidetracked, the record is now beginning to be revealed; and for the rest, the price of 'doing philosophy' was mostly silence in the face of harassments the likes of which make academic politics in the West seem child's play.