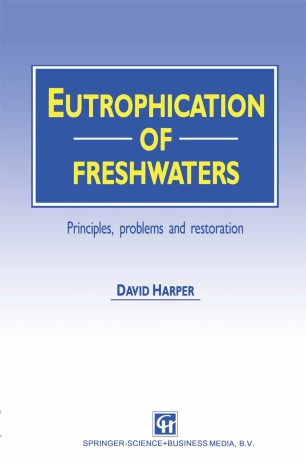 Eutrophication is a problem which became widely recognised by the scientific community in the 1940s and 1950s. It raised public concern, resulting in increased research effort and expenditure on management techniques through the 1960s and 1970s, recognised as a distinct problem of water pollution, though linked with the more gross effects of organic pollution. In the 1980s it became less fashionable - replaced in the public's eye and the politician's purse by newer problems such as acid rain. It remains however, one of the biggest and most widespread problems of fresh waters, particularly of lakes and an increasing problem for estuaries and coastal waters. It is one with which almost all water scientists and engineers in urbanised areas of the world have to cope. Technical methods for the reversal of eutrophication, such as nutrient removal, have been developed and applied successfully in some instances. They are not widespread however, and where they are feasible, they are often expensive and may be politically difficult to implement. In the last decade, attention has focussed upon less expensive lake manipula­ tion techniques, such as destratification and biomanipulation, which aim to minimise rather than elimininate the detrimental effects of eutrophication. These are becoming more widely applied. Prediction of the potential problems in lakes and catchments which have not yet suffered the full effects of eutrophication is now accurate enough to be of direct benefit to river basin management.