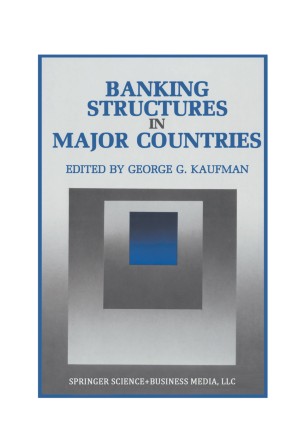 Part of the Innovations in Financial Markets and Institutions book series (IFMI, volume 6)

The ongoing globalization of financial markets has increased the import­ ance to users of financial services, policy-makers and financial analysts of understanding the structure and operation of banking systems in other countries as well as that in their own country. This volume contributes to such an understanding. The structure and operation of the banking system are described for 10 important countries, plus the European Economic Community, under one cover. The contributing authors are knowledgable and widely respected experts. The author, or at least one of the coauthors, of each chapter is a resident of the country described. Each chapter follows a broadly similar outline, although the attention devoted to any particular area varies substantially according to authors' perceptions of its relative importance in the particular country. The chapters spotlight the similarities and differences among the structures. The volume should serve as both a handy and authoritative reference guide for practitioners, regulators and students of international banking. An early benefit of the book was an international conference held in Chicago in the fall of 1989 on the world integration of financial markets. A number of the authors of the chapters presented brief versions of their papers. The conference was sponsored jointly by the Federal Reserve Bank of Chicago and the MidAmerica Institute. The audience was primarily senior officers and regulators of financial institutions in the midwest. The conference generated considerable interest in both the subject matter and the contents of this book.