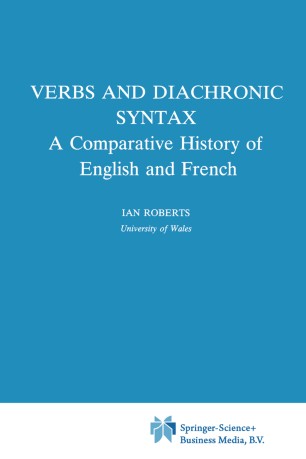 A Comparative History of English and French

This book combines several strands of my work, both individually and in collaboration with various people, over the last couple of years. To a very large extent, I have been inspired by the many talks, classes, appointments and other interactions that took place in the exciting intellectual environ­ ment that grew up among the linguists working in Geneva in the period 1989-90. It is impossible to mention by name everyone who influenced the devel­ opment of this material, but I'd particularly like to thank the students in my class 'linguistique diachronique' during that period, who had to suffer through preliminary versions of much of this book, and often seemed to understand what I was getting at better than I did. Luigi Rizzi did more than anyone else to create the unique atmosphere here in the last couple of years, and so he deserves our gratitude for that; he was also my collaborator on the synchronic work on French inversion that inspired much of this book; he also read the whole manuscript in draft form and gave detailed comments; he is also, as anyone working in current comparative syntax knows, a wellspring of knowledge, ideas and inspiration. Maria-Teresa Guasti also read the entire manuscript and gave me invaluable comments. Sten Vikner was a great help, for much more than just Danish data. Special thanks also to Adriana Belletti, Anna Cardinaletti, Liliane Haegeman and Cecilia Poletto.