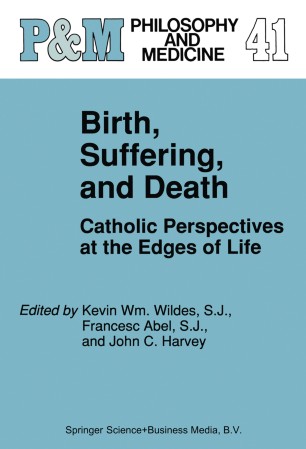 Catholic Perspectives at the Edges of Life

Part of the Philosophy and Medicine book series (PHME, volume 41)

For centuries the Roman Catholic Church has been concerned with the moral implications of medical practice. Indeed, until two decades ago, Catholic moral theologians were the major source of moral guidance, scholarly reflection and teaching on a variety of medical-moral topics, particularly those bearing on human life. Many, not only those within the Catholic communion, turned to the Church for guidance as each new possibility for altering the conditions of human life posed new challenges to long held moral values. Two decades ago, the center of gravity of ethical reflection shifted sharply from theologians and Christian philosophers to more secular thinkers. A confluence of forces was responsible for this metamorphosi- an exponential rate of increase in medical technologies, expanded education of the public, the growth of participatory democracy, the entry of courts and legislation into what had previously been private matters, the trend of morality towards pluralism and individual freedom and the depreciation of church and religious doctrines generally. Most significant was the entry of professional philosophers into the debate, for the first time. It is a curious paradox that, until the mid-sixties, professional philosophers largely ignored medical ethics. Today they are the most influential shapers of public and professional opinion.