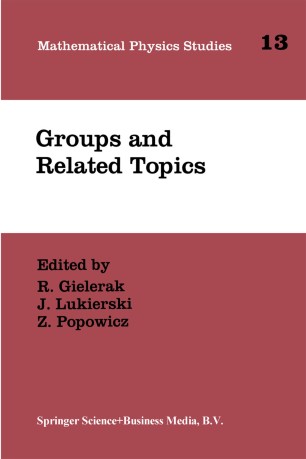 In the seventies and eighties, scientific collaboration between the Theory Section of the Physics Department of Leipzig University and the Institute of Theoretical Physics of the University of Wroolaw was established. This manifested itself, among other things, in the organization of regular, twice-yearly seminars located alternatively in Wrodaw and Leipzig. These Seminars in Theoretical Physics took place 27 times, the last during November 1990. In order to continue the traditions of German-Polish contacts in theoretical physics, we decided to start a new series of Seminars in Theoretical Physics and name them after the outstanding German theoretical physicist Max Born who was born in 1883 in Wrodaw. We hope that these seminars will continue to contribute to better scientific contacts and understanding between German and Polish theoretical physicists. The First Max Born Symposium was held in Wojnowice Castle, 20 km west of Wrodaw, 27 - 29 September 1991. Wojnowice Castle was built in the 16th century by the noble Boner family, in the Renaissance style, and has been recently adapted as a small conference center. The preferred subjects at the Symposium were Quantum Groups and Integrable Models. The Symposium was organized by Doctors R. Gielerak and Z. Popowicz under the scientific supervision of the undersigned.