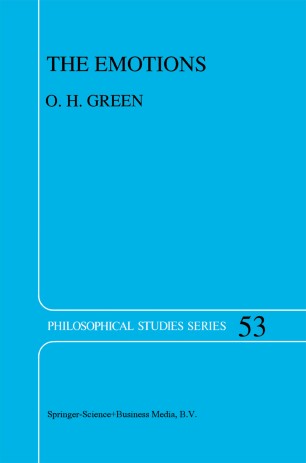 Philosophical theories of emotions, and to an extent some theories of scientific psychology, represent attempts to capture the essence of emotions basically as they are conceived in common sense psychology. Although there are problems, the success of explanations of our behavior in terms of believes, desires and emotions creates a presumption that, at some level of abstraction, they reflect important elements in our psychological nature. It is incumbent on a theory of emotions to provide an account of two salient facts about emotions as conceived in common sense psychology. As intentional states, emotions have representational and rational properties: emotions represent states of affairs; and they are rationally related to other mental representations, figure in rational explanations of behavior, and are open to rational assessment. Emotions also have a close relationship to a range of non-intentional phenomena: in typical cases, emotions involve physiological changes, usually associated with the activation of the autonomic nervous system, which are proprioceptively experienced; and they often involve behavioral tendencies, as well.