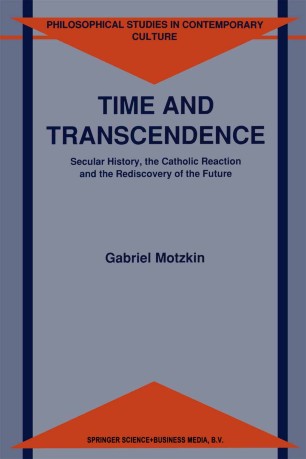 Secular History, the Catholic Reaction and the Rediscovery of the Future

This book investigates one aspect of the story of how our religiously-oriented culture became a secular one. It concentrates on the conflicts enveloping the attitude to the past from the late seventeenth to the early twentieth century. The background argument is that the way the process of secularization occurred in one particular religious context, the Roman Catholic one, was determinative for the possibility of something such as secular culture, and hence for both the modem secular attitude to the past and the modem religious one. In recent years a spate of scholarship has suggested that the expanded version of Weber's theory, according to which modernity is a consequence of Protestan­ tism, is not quite accurate. Robert Merton modified this theory to argue that modem natllral science originated in the context of seventeenth-century 1 Protestant England. Against this position, many scholars have investigated 2 origins for the development of science in Catholic countries. The development of natural science, however, is not the whole story of the development of modem secular culture, even if the story of that development is restricted to the development of knowledge. Our modem universities are organized around the division between humanities and natural sciences, and it can be thought that this process of modernization or secularization affected the humanities no less than the sciences.