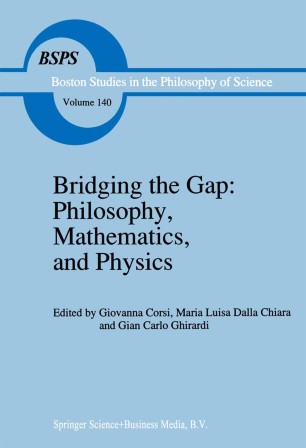 Lectures on the Foundations of Science

Part of the Boston Studies in the Philosophy of Science book series (BSPS, volume 140)

Foundational questions in logic, mathematics, computer science and physics are constant sources of epistemological debate in contemporary philosophy. To what extent is the transfinite part of mathematics completely trustworthy? Why is there a general `malaise' concerning the logical approach to the foundations of mathematics? What is the role of symmetry in physics? Is it possible to build a coherent worldview compatible with a macroobjectivistic position and based on the quantum picture of the world? What account can be given of opinion change in the light of new evidence?
These are some of the questions discussed in this volume, which collects 14 lectures on the foundation of science given at the School of Philosophy of Science, Trieste, October 1989.
The volume will be of particular interest to any student or scholar engaged in interdisciplinary research into the foundations of science in the context of contemporary debates.