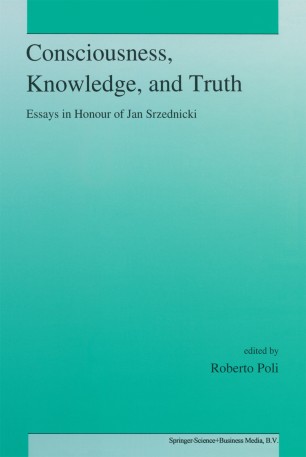 Essays in Honour of Jan Srzednicki

Scholars from all the continents have written articles to celebrate the seventieth birthday of Jan Srzednicki, a thinker still at the height of his powers.
Srzednicki's scientific work alternates between problems of Austrian and German philosophy and questions of political philosophy. The papers published in this volume discuss topics of general philosophy, in the clear and deep style both of Srzednicki's own philosophical work and of the authors investigated in his writings (mainly Brentano and the Polish tradition of analytic philosophy). The topics developed pertain to the fields of epistemology (common sense, knowledge and objectivity, truth and perception) and of logic and philosophy of logic (paraconsistent logic, definition and duality).