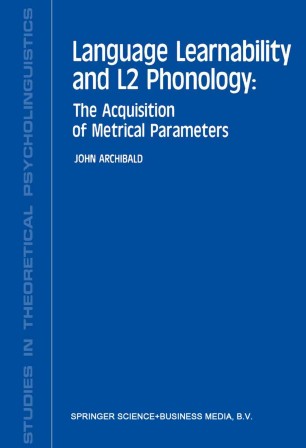 The Acquisition of Metrical Parameters

In this book Archibald describes two studies conducted within a parametric framework in the area of second language acquisition. The studies are designed to investigate the acquisition of English stress patterns (via both production and perception tasks) by adult speakers of Polish and Hungarian. Archibald argues that interlanguage grammars can be understood as a mix of L1 transfer and the effects of Universal Grammar. Metrical parameters related to such things as quantity--sensitivity, extrametricality, and word--tree dominance determine the structure of the interlanguage. The author reports that the subjects are remarkably successful at acquiring English stress and do not appear to violate proposed universals of metrical phonology.
This book is one of the few attempts to investigate the acquisition of L2 phonology within a UG framework. Empirical support is provided for the parametric model to an extent uncommon in most syntactic studies.