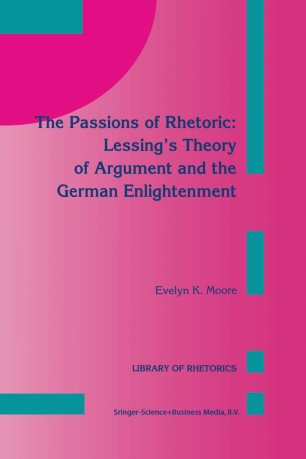 The Passions of Rhetoric: Lessing’s Theory of Argument and the German Enlightenment

Part of the Library of Rhetorics book series (LIRH, volume 3)

The goal of this book is to ascertain Lessing's views on argumentation and rhetoric. I intend to establish that these views constitute a systematic and coherent theory and to argue that for Lessing rhetoric in argument can yield philosophical truth. Analysis of Lessing's views also sheds light on the general significance of rhetoric in the 18th century. The denial that rhetoric has claims to truth is a long-standing prejudice of Western thought. This position is evident in Kant's rejection of rhetoric in philosophical discourse. But in my view, the situation in the 18th century in Germany was somewhat more complex. Rhetoric did not die a quiet death but was very much alive in polemical tracts, and Lessing was a pivotal figure in a culture dominated by argument and disputation. I asked myself why and how this polemical age came to an end and how does the rejection of polemics by the 19th century affect our understanding of the 18th century? In the Introduction, I address some of these questions and establish a historical framework for the development of polemics in the 18th century. Another reason this polemical age has traditionally been seen as problematic for the scholars of the period is because argument, disputation and debate cannot be submitted to the same easy analysis as the systematic treatises produced at the end of the century.