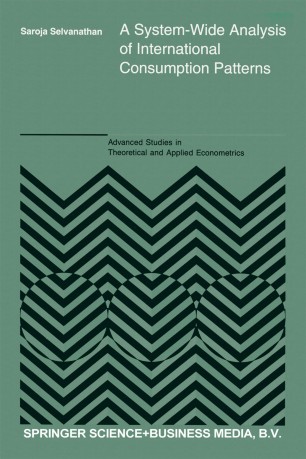 The modern system-wide approach to applied demand analysis emphasizes a unity between theory and applications. Its fIrm foundations in economic theory make it one of the most impressive areas of applied econometrics. This book presents a large number of applications of recent innovations in the area. The database used consist of about 18 annual observations for 10 commodities in 18 OECO countries (more than 3,100 data points). Such a large body of data should provide convincing evidence, one way or the other, about the validity of consumption theory. A PREVIEW OF THE BOOK The overall importance of the analysis presented in the book can be seen from the following table which shows the signifIcant contribution of the OECO to the world economy. As can be seen, the 24 member countries account for about 50 percent of world GOP in 1975. In this book we present an extensive analysis of the consumption patterns of the OECO countries.