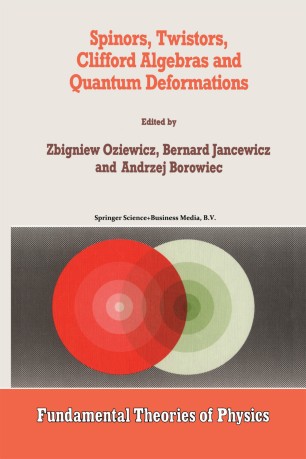 ZBIGNIEW OZIEWICZ University of Wroclaw, Poland December 1992 The First Max Born Symposium in Theoretical and Mathematical Phy­ sics, organized by the University of Wrodaw, was held in September 1991 with the intent that it would become an annual event. It is the outgrowth of the annual Seminars organized jointly since 1972 with the University of Leipzig. The name of the Symposia was proposed by Professor Jan Lopu­ szanski. Max Born, an outstanding German theoretical physicist, was born in 1883 in Breslau (the German name of Wrodaw) and educated here. The Second Max Born Symposium was held during the four days 24- 27 September 1992 in an old Sobotka Castle 30 km west of Wrodaw. The Sobotka Castle was built in the eleventh century. The dates engraved on the walls of the Castle are 1024, 1140, and at the last rebuilding, 1885. The castle served as a cloister until the end of the sixteenth century.