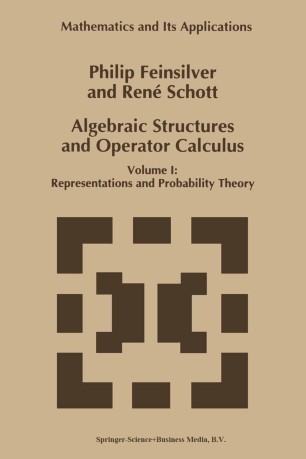 Volume I: Representations and Probability Theory

Part of the Mathematics and Its Applications book series (MAIA, volume 241)

This series presents some tools of applied mathematics in the areas of proba­ bility theory, operator calculus, representation theory, and special functions used currently, and we expect more and more in the future, for solving problems in math­ ematics, physics, and, now, computer science. Much of the material is scattered throughout available literature, however, we have nowhere found in accessible form all of this material collected. The presentation of the material is original with the authors. The presentation of probability theory in connection with group represen­ tations is new, this appears in Volume I. Then the applications to computer science in Volume II are original as well. The approach found in Volume III, which deals in large part with infinite-dimensional representations of Lie algebras/Lie groups, is new as well, being inspired by the desire to find a recursive method for calcu­ lating group representations. One idea behind this is the possibility of symbolic computation of the matrix elements. In this volume, Representations and Probability Theory, we present an intro­ duction to Lie algebras and Lie groups emphasizing the connections with operator calculus, which we interpret through representations, principally, the action of the Lie algebras on spaces of polynomials. The main features are the connection with probability theory via moment systems and the connection with the classical ele­ mentary distributions via representation theory. The various systems of polynomi­ als that arise are one of the most interesting aspects of this study.