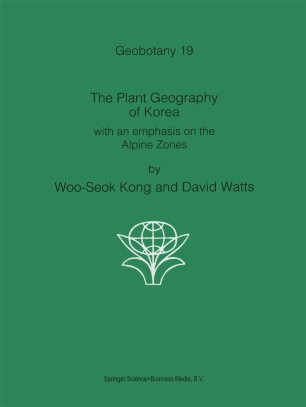 The Plant Geography of Korea

with an emphasis on the Alpine Zones

This is the first detailed analysis of the complex and rich vegetation of the mountainous Korean peninsula, which ranges from arctic-alpine to subtropical in character, and in which more than 4500 vascular-plant species have been recorded, including many endemics. It covers both the north and south of the peninsula and, using both past and present records, identifies eight major biogeographic regions. It pays due attention to vegetation history, tracing this back to Miocene times and noting the effects of Pleistocene climatic fluctuations. More recently, detailed climatic variations from 50 B.C. are recorded, along with man's influence on vegetation patterns. Special mention is made of the present arctic-alpine communities, their structural and floristic characteristics, their origins, and their vulnerability to current global warming. Throughout the relationships between Korean vegetation communities and those present in adjacent East Asia are emphasized along with those key features which make Korean communities distinctly unique.