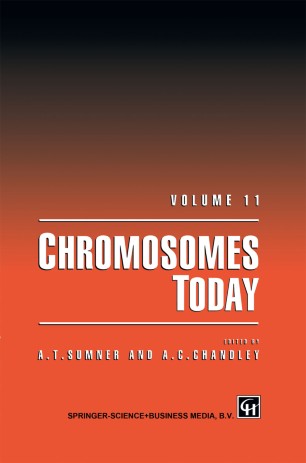 When the late Professor C. D. Darlington founded what developed into the International Chromosome Conferences in Oxford in 1964, he was concerned that scientists who worked on different aspects of chromosomes, or who studied them in different ways, should have the opportunity of "discussing the fundamental problems of chromosomes with one another". The fact that well over 300 scientists with a wide variety of interests came to Edinburgh in August 1992 for the 11th International Chromosome Conference shows that there is still the same need, and also the desire among chromosomologists to have such discussions. The present volume contains almost all the invited contributions, and attests to the diversity of approaches and applications in chromosomal studies. A few years ago it may have seemed to some that chromosome studies were being superseded by molecular biology, but the molecular biologists have now realized that they need to know about chromosomes, and indeed an important, if ill-defined discipline of 'molecular cytogenetics' has grown up in recent years. We are pleased that in planning the Conference and this book, so much of the work presented is at the interface between cytogenetics and molecular biology. This will surely continue in the future, as boundaries between disciplines are largely artificial, and each has much to learn from the others.