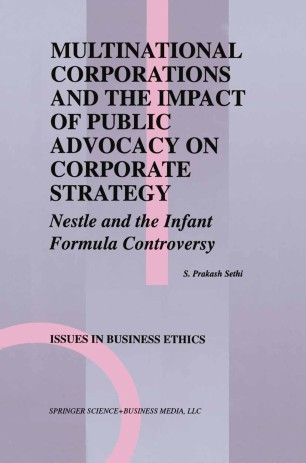 Multinational Corporations and the Impact of Public Advocacy on Corporate Strategy

Nestle and the Infant Formula Controversy

Multinational Corporations and the Impact of Public Advocacy on Corporate Strategy: Nestlé and the Infant Formula Controversy presents an in-depth analysis of the infant formula controversy and the resulting international boycott of Nestlé products launched by various social activist groups and church organizations. The actions of those groups culminated in the passage of the first international marketing code under the auspices of the World Health Organization.
Based on exhaustive and unique research, the book details the Nestlé case and uses it to analyze a number of other major issues bearing on contemporary business strategy and operations in the national and international arena. Issues addressed include: