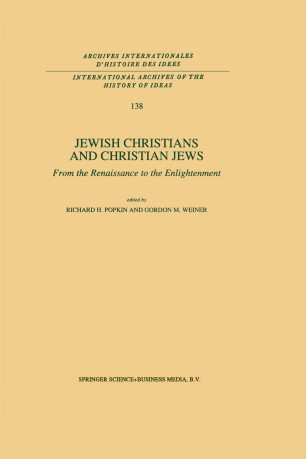 From the Renaissance to the Enlightenment

The appearance of religious toleration combined with the intensification of the search for theological truth led to a unique phenomenon in early modern Europe: Jewish Christians and Christian Jews. These essays will demonstrate that the cross-fertilization of these two religions, which for so long had a tradition of hostility towards each other, not only affected developments within the two groups but in many ways foreshadowed the emergence of the Enlightenment and the evolution of modern religious freedom.