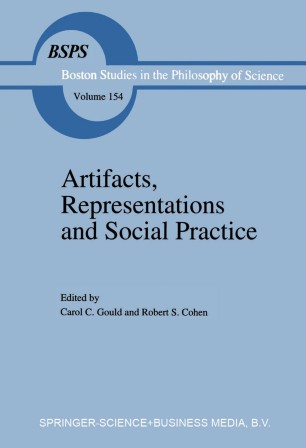 Part of the Boston Studies in the Philosophy of Science book series (BSPS, volume 154)

The essays collected here in honor of Marx Wartofsky's sixty-fifth birthday are a celebration of his rich contribution to philosophy over the past four decades and a testimony to the wide influence he has had on thinkers with quite various approaches of their own. His diverse philosophical interests and main themes have ranged from constructivism and realism in the philosophy of science to practices of representation and the creation of artifacts in aesthetics; and from the development of human cognition and the historicity of modes of knowing to the construction of norms in the context of concrete social critique. Or again, in the history of philosophy, his work spans historical approaches to Hegel, Feuerbach, and Marx, as well as contemporary implications of their work; and in applied philosophy, problems of education, medicine, and new technologies. Marx's philosophical theorizing moves from the highest levels of abstraction to the most concrete concern with the everyday and with contemporary social and political reality. And perhaps most notably, it is acutely sensitive to the importance of historical development and social practice. As a student of John Herman Randall, Jr. and Ernest Nagel at Columbia, Marx developed an exemplary background in both the history of philosophy and systematic philosophy and subsequently combined this with a wide acquaintance with analytic philosophy. He is at once aware of the requirements of system and of the need for rigorous and careful detailed argument.