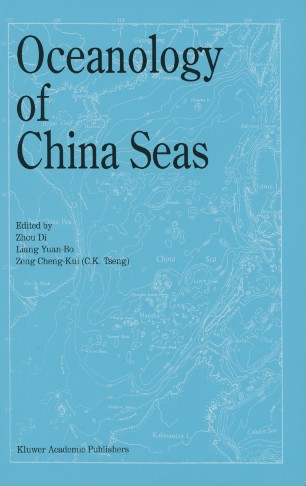 ZENG Cheng-kui (C. K. TSENG) Research Professor; Director Emeritus illStitllte of Oceanology, Academia Sillica Qillgdao 26607 J, China Ten years ago I was invited by Professor John Steele, Director of the Woods Hole Oceanographic Institute of the U. S. A. to write a preface for the special issue on "Oceanography in China" for the Oceanus. I was then the Director of the Institute of Oceanology, Academia Sinica. I gladly appreciated the honor, and in the preface I briefly enumerated the history of oceanology, or oceanography according to the American custom, in China dividing it into four stages: the founding stage 1950-1956, the growing stage 1956-1964, the partial expanding stage 1965-1978, and the elevation stage since 1978 (Tseng, 1983/84). The founding stage of Chinese oceanofogy should actually start in 1931 with the establishment of the short-life Chinese Marine Biological Association in old China. The following twenty years in Chinese history between 1931 and 1959 comprised a very memorable period in China, badly marked by the World War II, and the 1946-1950 civil war. Some scattered research in marine biology was conducted in phycology, invertebrate zoology and ichthyology, mostly in taxonomy. A little work was devoted to delta geology and tidal and seawater temperature records. Two expeditions were organized and sent by the National Central Academy of Sciences to the Bohai Sea in 1935 and by the Beijing Academy of Sciences to the Jiaozhou Bay in 1936, both engaged principally in marine biological research.