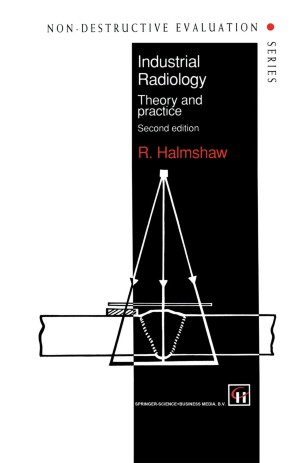 Industrial radiography is a well-established non-destructive testing (NDT) method in which the basic principles were established many years ago. However, during 1993-95 the European Standards Organisa­ tion (CEN) commenced drafting many new standards on NDT including radiographic methods, and when completed these will replace national standards in all the EC member countries. In some cases these standards vary significantly from those in use in the UK at present. These CEN standards are accepted by majority, not unanimous voting, so they will become mandatory even in countries which vote against them. As most are likely to be legal by the time this second edition is published, they are described in the appropriate places in the text. The most important new technical development is the greater use of computers in radiology. In the first edition, computerized tomography was only briefly mentioned at the end of Chapter 11, as it was then largely a medical method with only a few equipments having found a place in industrial use. The method depends on a complex computer program and a large data store. Industrial equipments are now being built, although their spread into industry has been slow. Computer data storage is also being used for radiographic data. Small computers can now store all the data produced by scanning a radiographic film with a small light-spot, and various programs can be applied to these data.