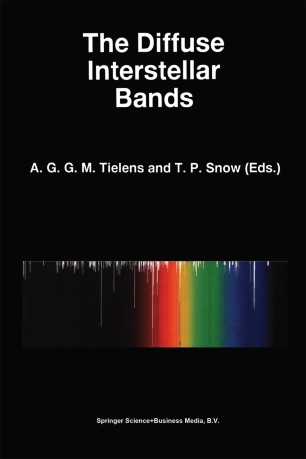 The mystery of the diffuse interstellar bands has been variously a curiosity, a co­ nundrum, and a nuisance for astronomers in the seven decades since the features were first noticed, but recently they have become a forefront issue in astrophysics. Ever since Paul Merrill, in a series of papers starting in 1934, pointed out the interstellar and unidentified nature of the bands, a Who's Who of twentieth century astronomers have tried their hands at solving the problem of identifying the carriers. Henry Norris Russell, Pol Swings, Otto Struve, Paul Ledoux, W. W. Morgan, Walter Adams, Jesse Greenstein, Lawrence Aller, and Gerhard Herzberg all briefly entered the stage, only to move on quickly to other problems where the chances for progress appeared more realistic. In more recent times a number of equally prominent scientists have pursued the bands, but generally only as a sideline to their real astronomical research. But in the past decade, and particularly in the past three years, the view of the search for the diffuse band absorbers as an interesting but perhaps quixotic quest has changed. Today there are several astronomers, as well as laboratory chemists, who are devoting substantial research time and resources to the problem and, as perhaps the most reliable indicator of the newly elevated status of research in this field, some research grants have now been awarded for the study of the bands.