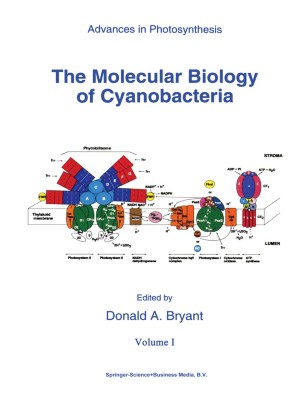 The Molecular Biology of Cyanobacteria

Part of the Advances in Photosynthesis book series (AIPH, volume 1)

More than twenty years ago, as a fledgling graduate some peculiar aspects of the genetics of these student who was just starting to learn about these organisms but to pay respects to the two volumes of organisms that would become my primary research Carr of Whitton that played important roles in my focus, the publication of Noel Carr and Brian own thinking about cyanobacteria (and no doubt in Whitton's The Biology of the Blue-Green Algae in the development of many others as well). Contri­ 1973 was an event of great significance. Until the buting authors were asked to describe not only what appearance of this treatise, there was no single volume we know at present, but also to point out things we available that presented a broad overview of the don't know yet. I have attempted to assemble a book biology and biochemistry ofthese organisms. Nearly that would stimulate graduate students and other ten years later, I was privileged to be a contributing researchers in the same way that I was affected by the author to Carr and Whitton's sequel volume The books mentioned above. Biology of the Cyanobacteria. Although the It appears that cyanobacterial molecular biologists intervening period had been marked by heated debates have indeed paid attention to the admonition of their over the taxonomy and taxonomic position of the erstwhile colleague, W Ford Doolittle, to 'study organisms, it was also a time when the comparative those things that cyanobacteria do well.