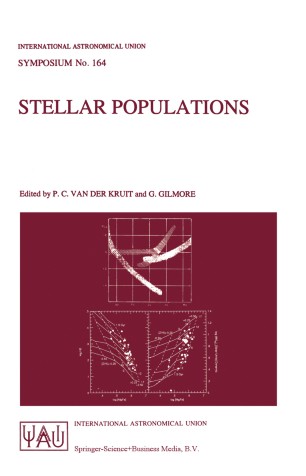 Proceedings of the 164th Symposium of the International Astronomical Union, held in the Hague, The Netherlands, August 15–19, 1994

The concept of Stellar Populations has played a fundamental role in astronomy in the last few decades. It was introduced by Walter Baade after he was able to resolve the Andromeda Nebula and its companions into stars when he used red-sensitive plates and realised that there were two fundamentally different Herzsprung-Russell diagrams in our and these nearby galaxies (common stars in the solar neighborhood versus globular clusters). This result was published in two papers in 1944 in volume 100 of the Astrophysical Journal. Subsequent research gave the concept a much firmer basis and at the famous Vatican Symposium of 1957 resulted in a general scheme of the concept and a working hypothesis for idea's on the formation and evolution of the Galaxy. This has been a guiding principle of studies of our and other galaxies for decades. Some years ago it seemed to us appropriate to commemorate Baade's seminal work in 1994, when it would have its 50-th anniversary, and to review its present status and also its role in contempory understanding. While we were in Leiden for an administrative committee, we discussed the matter again and over beers on October 29, 1991 we decided the take the initiative for an IAU Symposium on the subject during the 1994 IAU General Assembly in Den Haag, the Netherlands.