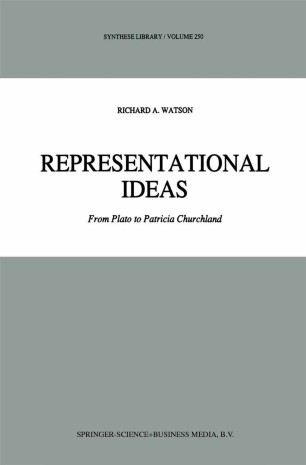 From Plato to Patricia Churchland

In Representational Ideas: From Plato to Patricia Churchland Watson argues that all intelligible theories of representation by ideas are based on likeness between representations and objects. He concludes that 17th century materialist criticisms of `having' mental representations in the mind apply to contemporary material representations in the brain, as proposed by neurophilosophers. The argument begins with Plato, with particular stress on Descartes, Malebranche, and Arnauld. He then proceeds with an examination of the picture theory developed by Wittgenstein, Carnap, and Goodman, and concludes with an examination of Patricia Churchland, Ruth Millikan, Robert Cummins, and Mark Rollins. The use of the historical development of representationalism to pose a central problem in contemporary cognitive science is unique.
For students, scholars and researchers in neuroscience, cognitive science, philosophy of mind, and modern philosophy.