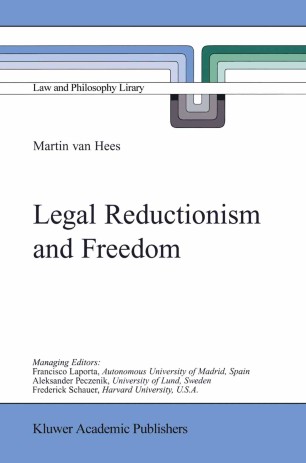 Martin van Hees presents a new approach to the study of law - legal reductionism - which combines elements of legal positivism, new institutionalism and decision theory. From legal positivism Van Hees derives some fundamental insights into the nature of legal systems, but he also revises some of its key tenets. He argues that law can be reduced to facts; moreover, he re-establishes the relation between law and morality by arguing that law and positive morality are inherently related. He subsequently uses decision-theoretic tools to develop and defend his reductionist methodology.
The second part of the study applies the resulting approach to an analysis of legal freedom. By showing that legal reductionism allows us to analyse the value of liberal legal systems, Van Hees makes a forceful case for including the study of law in moral and political philosophy.
The book is accessible to a wide readership, including legal and moral philosophers, political theorists and social scientists.