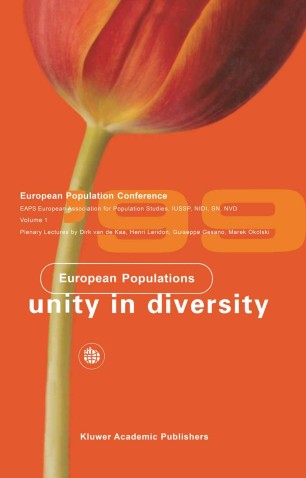 The changing demographic landscape which Europe is facing today and in the next decades reflects the past. These changes constitute important challenges to European populations and societies. Shifts in fertility and family formation, in health, morbidity and mortality, in internal and international migration as well as changes in age structures, in households, in labour forces, and in population growth and decline, will influence the living conditions and well-being of Europe's population directly or indirectly. The demographic challenge also concerns the environment, local, regional and national developments, education, production and consumption patterns, economic competitiveness, social security, housing, employment and transport, and health and social care provisions. These issues, their mechanisms, determinants and consequences also challenge the scientific study of population. As a major forum and 'market place' for scientific demographic debate, the 1999 European Population Conference (EPC99) was organized to take up this challenge. On the threshold of the third millennium, European populations are united in diversity and face major demographic issues.