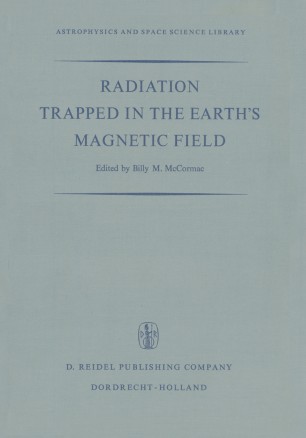 This book contains the lectures presented at the Advanced Study Institute, 'Radiation Trapped in the Earth's Magnetic Field' which was held at the Bergen Tekniske Skole, Bergen, Norway, during the period August 16 through September 3, 1965. Approximately one-third of the time was devoted to discussion. The various Session Chairmen have summarized the essential points brought out in these discussion periods which were generally quite spirited. The authors and the publisher have made a special effort to rapidly publish an up-to-date status concerning the various aspects of trapped radiation. Almost all authors turned in their manuscripts prior to the end of the Institute and all prior to September 30, 1965. It was clearly recognized that rapid publication was essential in this rapidly changing research area. Special thanks are due to the Host, Dr. Odd Dahl, Chr. Michelsen Institute, for making all of the arrangements in Bergen, including excellent living and working facilities. Direct financial support was provided the Institute by: North Atlantic Treaty Organization, Advanced Research Projects Agency, Air Force Cam­ bridge Research Laboratories, Army Research Office, Defence Atomic Support Agency, and the Office of Naval Research.